NicolioN, the artist name of Nicolay Casmir Bökkerink, was born on the 7th of August 1994 in a little town called Rijssen (in the Netherlands) as the youngest son of Marion and Gerard. With a piano nearby in the living room and cd’s in all genres available to him, this little men rapidly became a music fanatic. His father used to be a base player in a band and soon he bought a little drum kit for his youngest son. From that moment on NicolioN was sold on music production.

He moved from being a drummer to being a DJ. He considered that he was just mixing music. And that he wasn’t creating real new music anymore. At that moment he decided to produce his own records. At the time his brother Lorentz was also producing music in the hardcore duo Sjammienators, so they could teach each other and help each other. NicolioN first studied Marketing & Communication but he did not like this so much and basically he was only producing music. His mother pointed out that he should follow his heart. Because of this, he got the idea to become a professional musician and to start a music education.

After his admission at Roc of Twente in Almelo  ‘Performing Artist education – music sound design’, now renamed in ‘the Stage Academy’, it went like a rocket. Now he was able to focus himself totally on the production of beats. Once he and Micha de Haan (Yung Ahcim), who he knew from primary school, started experimenting with songs, they discovered that they had a perfect match. NicolioN produced the beats and Yung Ahcim started rapping & singing.

They influenced each other and saw their mutual expertise as a challenge to themselves.So both improved their skills in beat production and rapping. Due to Internships at Wintour Entertainment, Sjammienators and Recording Rooftop Studio in Holten, among others,  NicolioN’s stage experience and knowledge about music production and entrepreneurship increased considerably. Also his network was widened and before the summer holiday in 2017 he released his first videoclip, with the title: ‘Tobyson – Up Above’ (prod. NicolioN) which can be found on his YouTube channel.

NicolioN is a broad talented artist and producer with various genres: trap, house, moombah, hip-hop, urban and pop. His latest releases are tracks with English guitarist Tony Haven. You must see his instrumental beats with videoclip which he did edit himself. His tracks can also be streamed on platforms like SoundCloud, Spotify,  & Apple music

He doesn’t perform every weekend yet, but things are already moving in that direction.
He already played in the Metropool in Hengelo, De kleine Willem in Enschede, Student hotel Groningen and various small clubs and cafes.

NicolioN would ideally like to work together with as many artists as possible. At the moment he is also working on his own website, www.NicolioN.com.  With this website he will be able to promote his social media, his photos & videos, releases, show dates and ticket sales.

This Jack of all trades is now in his final stage of his artist education and ready for a big music career! Once he has gotten his diploma, he will dedicate his attention on refreshing beats, on increasing his reputation as an artist and he will start giving many shows.

For sure you will soon hear a lot more about this Lion, he will make a name for himself as the Beast of the Beats! 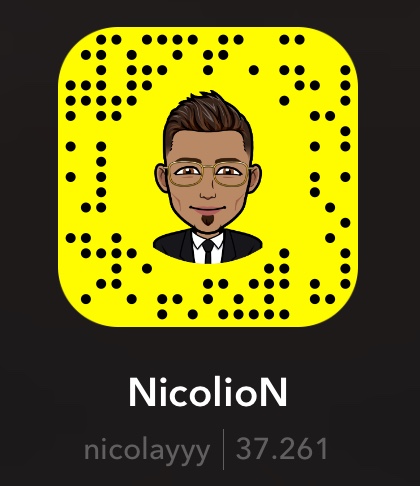 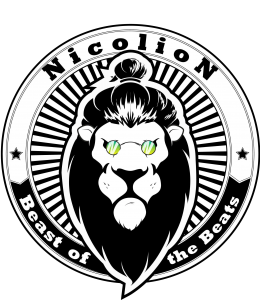